Missing in the Rainbow: Portrayals of People of Color in LGBTQIA media 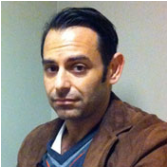 Jeff Solomon has an MFA from UC-Irvine and a PhD in English and a Graduate Certificate in Gender Studies from USC, where he is now a Lecturer. Before that, he was a Visiting Assistant Professor at St. Olaf College and at the University of Puget Sound. His article on Truman Capote won the Andrew J. Kappel Prize, and his short story “Best Friend” was selected as the lead story in Best Gay Stories 2009. His book on Truman Capote and Gertrude Stein is under contract with the University of Minnesota Press. 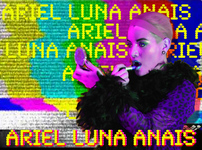 Ariel Luna Anais is a Video Artist, Painter, and Tattoo Artist living and working in Los Angeles, California. Her B.A. in New Media and Painting was received from the University of Southern California in 2014. In 2012, she was nominated for RAW Visual Artist of the Year in her hometown of San Antonio, Texas. She was also a recipient of the Friends of Fine Arts Endowed Scholarship and the Robert and Laura Fainter Memorial Scholarship. Her two dimensional works can be viewed at Heart of Art Gallery in Los Angeles along with her latest publication, “Drag for Ladies”.
Recent screenings of her Video Works include The Gaye Jolly Show: [Uncensored] Premier, Studio Shed, Los Angeles; and Clitney $pears the Shockumentary: Crawl, Beg, Suffer, The Art Frat House, Los Angeles. Those works and others, such as Something Someone, Jr. and Prims Garcia, can be viewed                    on her YouTube channel. 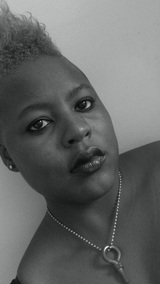 Cleo Anderson is a glitter loving pusher of buttons, a queer woman of color, teaching artist, feminist , poet and general rabble-rouser. She got her start in feminism from a book of feminist nursery rhymes when she was 6, and her start in pop culture analysis from 9 years of homeschooling (translation: 9 years of TV and movie watching). A firm believer in queering the collective consciousness, she strives to inspire people to redesign their idea of normal and step out of their comfort zone. She takes inspiration from Gertrude Stein, Buffy, Angela Davis, Faith Lehane, Audre Lorde and bell hooks. Her words to live by are: “Have no filter, give no fucks”. Someone once described her as  “The love child of Angela Davis and Ru-Paul.” She thinks that just about sums it up. 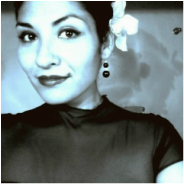 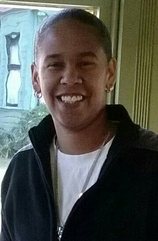 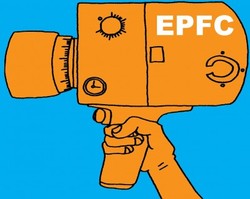 Echo Park Film Center is a non-profit media arts organization committed to providing equal and affordable community access to film/video resources via five channels: a neighborhood microcinema space, free and nominal cost education programs, a comprehensive film equipment and service retail department, a green-energy mobile cinema & film school, and a touring film festival showcasing local established and emerging filmmakers. We feel it is imperative that more members of marginalized and underserved communities become active, empowered participants in the creation and dissemination of experimental, documentary and narrative film in order to truly reflect the many voices and visions that make up the fabric of contemporary American life. With a special focus on “at risk” neighborhood youth, the Echo Park Film Center programs and services are positive catalysts for opportunities and interactions though the medium of film.